A World Of Opportunities

When people face accusations of crime, mistakes or lifestyles seemingly provocative or destructive, you can always find judgement in the eyes of the public. 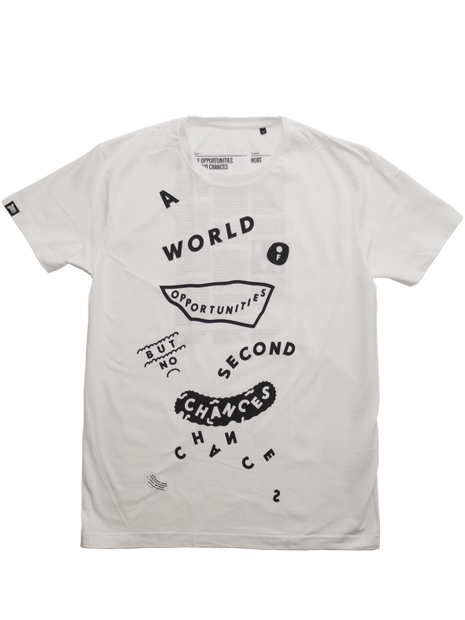 But once they've chosen a path of better being or proven innocent, it is an unwritten moral code that they should deserve a second chance; without previous prejudice.

This is rarely the case in real life though. The presumption that you are in fact ”innocent until proven guilty”, has actually taken a turn towards "guilty in the eyes of the public until proven innocent". And especially when it comes to public figures. The judgement of the people are often a harsher sentence than being judged in a court of law. Once the allegations have been made, true or not, there's a rocky road to earn back the trust they once had.

John Kaminski, an american writer and critic, has taken these matters under consideration and actually stated that ”guilty until proven innocent” is the new american way, nullifying the last 227 years of establishing this rule of law over emotion. And many discussions have been made over the fact that even if you are proven innocent, people still plead guilty to reduce the charges of the crime, afraid of making the situation go from bad to worse.

The presumption that you are ”innocent until proven guilty”, has taken a turn towards "guilty in the eyes of the public until proven innocent".

Seemingly accused for former career decisions, and with no given second chance. And the struggle continues;

actor Mel Gibson was alienated by Hollywood after his anti-semitic drunken rant and later dropped by his agent after he assaulted his ex-girlfriend. The reason given was he only got represented because of his relationship with Limato, the head of the agency, whilst another agency chief said ”he rather be engaged to Lindsay Lohan than have anything to do with him”.

So yes, it's a tough crowd out there. And it gets tougher. When it comes to the term ”guilty until proven innocent”, the King of Pop, Michael Jackson is a perfect example.

Everyone knows that he on two different occasions in the early nineties' was publicly accused of child molestation. He was acquitted the first time around but when it happened again he was advised to settle the matter out of court. A decision that came to overshadow his career until the day he died. In the eyes of the public he was widely considered guilty of the alleged crimes, despite him never being sentenced for it.

Why is it that it's easier for us to let the people we know off the hook than people that we don't know? It's a common courtesy to give our friends a second, third or fourth chance - but public figures, who are not even close to be within our social radar, we often shred to judgmental pieces without a blink of an eye.

It's safe to say that the quote ”treat others like you want to be treated yourself” is not applicable in all cases. Especially when it comes to any apparent failures by the rich and famous. Maybe the average Joe loves to see the stars of our century dwell in misery? Maybe because this is the only proof that these successful individuals are just as human as we are? But even if this might be the case, somehow we can not seem to be willing to give them the same chance as we would give to our friends or even our next door neighbor.

So no matter how rare it might be for prosecutors to completely drop all charges, it's seemingly harder for us among the public to grant the same courtesy.

So, good or bad, right or wrong, guilty or innocent, when it comes down to it, you'll be the judge of that!