On the 21st of June, police were called to a tanning salon in Cincinnati, Ohio. A 41-year-old man was being accused of using his cell phone to secretly snap photos of a woman while she was tanning in the nude. As creepy as this may seem it’s hardly a crime that would cause the man to gain a worldwide reputation for being a slimeball. That is, if the story were to stop there, but it doesn’t. 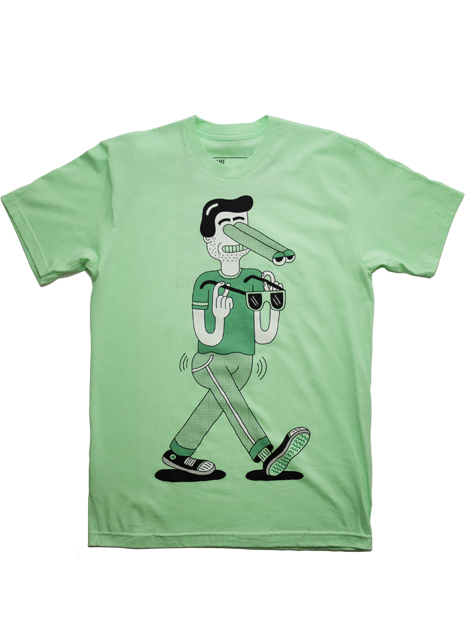 When police confronted the man they asked for his camera-phone, but he denied having one. The officers decided to take a closer look at the man and realized that he’d hidden the evidence in a most unusual way. He didn’t just erase the photos from the camera; he hid the entire phone up his ass. As noted by the officers, the man "did hide evidence in his anus."

Soon the story was distributed throughout the Internet along with a rather unflattering mugshot of the poor man. And of course, if it wasn’t for the web, nobody, not even the all seeing T-post editors, would have heard about this fellow and his tanning booth antics.

More and more people and their shameful stories are being distributed

And once you’re labeled a villain on the Internet, there seems to be no shaking that label.

and immortalized via the Internet, the medium that has provided us with an entirely new venue for mudslinging. Neighbor urinated on your prize-winning roses? Film it, post it and demoralize the scum on a global level. That’s justice - 21st century-style.

This topic has become so prominent, in

fact, that Yale professor Daniel J. Solove just wrote a book about it. The book is titled The Future of Reputation and it explains how online gossip, social networking sites, and blogs increasingly define how we act and how we’re perceived in today's Information Age.

Online commentators are shining light on bad behavior to shame people - our reputations are out of our control.

Now don’t get us wrong, the Internet has created its share of heroes, too. But with that said, don’t we mostly just remember the villains? And once you’re labeled a villain on the Internet, there seems to be no shaking that label.

Not even moving to the other side of the earth will guarantee you refuge from a bad reputation online. There’s no escape from the world-wide-web. Just ask the man at the tanning saloon in Cincinatti. Although he might not be able to take your call right now.