These days it’s seemingly considered much cooler to dress up in all white and dance wildly to cheap electronic drums than to protest against some social injustice. The trend has switched to acting blasé, and the civil disobedience generation has been replaced by a suitably matching I-don’t-care attitude. 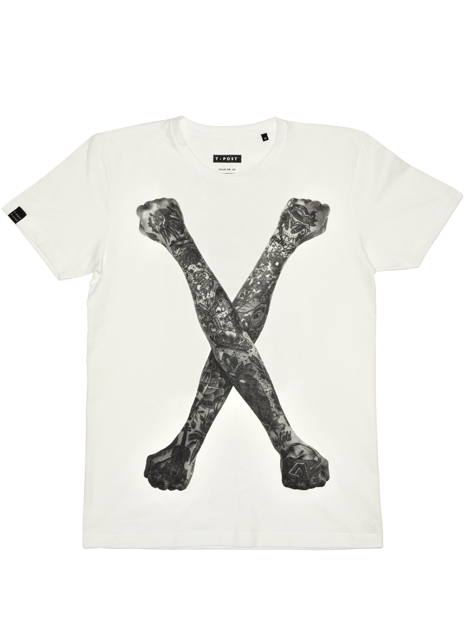 “Just who is the voice of my generation? Are we even doing that anymore? When I was a kid I seem to remember there was a search on for a golden avatar, one who could speak for all of us, who could define and defend our place in the world and explain to future generations what we were about and why we made the choices we did.” The words come from a newly written column on Pop Matters. The man behind the message is journalist Josh Indar. And he seems to be onto something. The media landscape is known to have become a kind of weathervane. News isn’t just reserved for coffee breaks. We live in the kind of information age where you don’t have to look hard for opinions and subjective facts. Because just about everyone has an opinion about just about everything. All the time. Even so, our generation has had an extremely hard time finding someone to represent us—a spokesperson. Like when—to dig up a few examples from the column in question—the Beat Generation’s Allen Ginsberg howled against military force, materialism and sexual oppression. Like when Dylan with his multi-layered song lyrics, led the flock of sheep that is usually called the hippy movement to a moral high-ground.

Today, on the other hand, it’s seemingly considered much cooler to dress up in

The civil disobedience generation has been replaced by a suitably matching I-don’t-care attitude.

all white and dance wildly to cheap electronic drums than to protest against some social injustice. The trend has switched to acting blasé, and the civil disobedience generation has been replaced by a suitably matching I-don’t-care attitude. Even the most well spoken of sentences are drowned out very effectively in the haze of

opinions. And our generation has, along the way, lost its personal voice. Will we be able to reclaim it somehow, or is it all too late? The opposite could possibly be argued with some justification, but the great celebrity voices of our time have generally cared much more about world wide reach than they have about some sort of intellectual inner-meaning. Josh Indar finds some exceptions in his article and points to the somewhat aging examples of Kurt Cobain, Tupac and Jon Stewart. But the thesis is clear. “I love Jon Stewart. But isn’t his success in ‘the biz’ part of our problem? Someone as smart and principled as Stewart ought to be running congress, not sniping from the bleachers at the morons who are actually there, making awful

decisions because they’re either too dumb to know better or too jaded to care. Sometimes I think that our generation’s insecure disdain for all things ‘mass’ has led us to essentially forfeiting our place in power because we are simply too cool for school.”

In the case of Cobain, he points out that the more people there were who wanted to see him as their generation’s voice, the more uncomfortable he became in the role, and, unfortunately, we all know how that ended. Tupac was a visionary with the ability to unite not just parts of his time’s demographic but a whole spectrum of people from different classes and backgrounds. Today, he’s been reduced to a simple hologram that pulls in money for someone. Indar’s argument also underscores the fact that we are now quick to dismiss all culture as soon as it reaches a certain level of popularity. Not until it at last falls into obscurity can it again be deemed “cool.” But the downside is that we have now become so marginalized that it’s hard to make out any collective efforts. We’ve grown up witnessing how every outbreak of cultural rebellion has been reduced to a way to simply—wait for it—make tons of money for someone. Skateboarding and punk rock have already been sold. Street art is probably next in line. There’s a sociological theory that calls our generation a nomad generation. This means that we’ll never be able to agree on anything for long enough to put us on a collective course forward. The only thing that we actually seem to be able to agree upon is that the world is in total chaos; even so, we still can’t manage to take collective action. Indar sums it up soberly. “We ushered in the Internet age, but won’t be around long enough to see where it leads. We’ll take the fall for climate change and still glorify the culture that brought it to us, because scraps from the past are all we have. The future never did belong to us.”