The Future of the Mixtape

The status of mixtapes has long been controversial. It's a medium that can both start and breathe new life into a career without a record company's direct involvement, but it often exists in the gray area of copyrights wherein which the line between well-oiled promotional machinery and DMCA-marked piracy can be razor-thin. The future? Ambivalent. 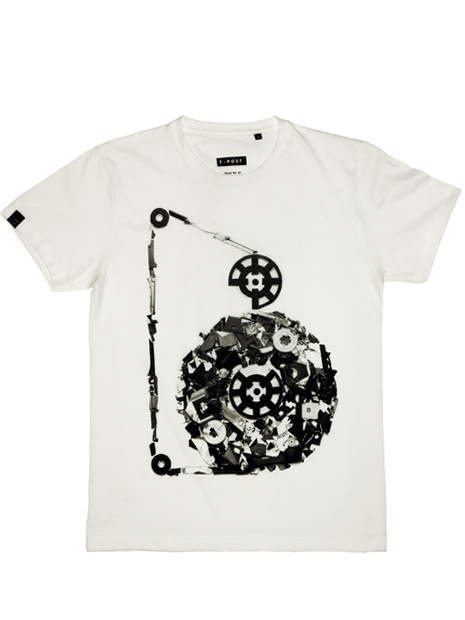 The history of the mixtape is full of milestones, from Screw's coveted gray cassettes to today's digital versions from Fabric and DJ-Kicks.  The definition of what a mixtape actually is also varies depending on who you ask. An unknown aspiring rapper that rhymes over well known instrumentals with the aim of gaining a recording contract and world domination is quite different from the established tech house DJ whose continual mix is based on a completely different premise regarding selection and distribution ambitions. In the middle of the 90s, the predominate attitude looked pretty much like a quote from Nick Hornby's classic book High Fidelity and protagonist Rob's highly personal rules: “To me, making a tape is like writing a letter. There's a lot of erasing and rethinking and starting again. A good compilation tape, like breaking up, is hard to do. You've got to kick off with a corker, to hold the attention (I started with "Got to Get You Off My Mind," but then realized that she might not get any further than track one, side one if I delivered what she wanted straightaway, so I buried it in the middle of side two), and then you've got to up it a notch, or cool it a notch, and you can't have white music and black music together, unless the white

The trend suggests that the mixtape as a medium should have a bright future. But with any good comes the bad.

music sounds like black music, and you can't have two tracks by the same artist side by side, unless you've done the whole thing in pairs and...oh, there are loads of rules.”

and music podcasts have to a great extent replaced the traditional mixtape. DJ culture is more popular than ever before. Raves are no longer synonymous with speed-addled oddballs sporting whistles and outrageous flaming yellow pants - it's a big industry where superheroes attracts droves of seemingly average people to dance themselves sweaty under LED lights at any given football stadium.

Technical advances have recently generated new, user-friendly software that, together with the hardware you need to call yourself a DJ - CD player, controllers, mixers, etc. - has become considerably cheaper. Anyone can afford it. And thanks to streaming sites such as Mixcloud and Soundcloud, more mixtapes than ever are available

on the Internet for free. At the same time, companies and music-oriented magazines, blogs and websites have understood how to capitalize on the momentum of free mixtapes in the marketplace. “In the context of blogs and social networking, web mixes are conversation starters," explains Philip Sherburne, an American techno DJ and critic based in Berlin, in an interview with The Guardian. "I also suspect that in the game-like economy of the social web, web mixes have a certain amount of social capital. Blogs and websites are racing to lock down exclusive mixes in order to shore up their own brand."

This trend suggests that the mixtape as a medium should have a very bright future. But with any good comes the bad. A few years ago, industry giant Soundcloud - whose success more or less rests on its many early users eagerly uploading and spreading mixtapes - installed an indiscriminate, automated anti-piracy filter.  The goal was to stop the spreading of copyrighted material.  You don't have to be a rocket scientist to work out that it was the Big Four record companies that put pressure on a growing Soundcloud and forced this measure through, but the automated filter doesn't differentiate between mainstream and independent. And it neglects the mixtape's primary goal: to make listeners aware of new music and new artists. Both consumers and copyright owners lose. And no one seems to notice that the dance music scene that built Soundcloud consists of a tightly woven network, with cohesion based on giving support and visibility to each other's music, which is particularly suited to the mixed format. So just as the Internet marginalized the newspaper and texting killed the pub quiz, now a counterproductive algorithm has begun to threaten the entire grassroots-based DJ and mixtape culture. In the words of Run-DMC, it's not funny.