What is happening in the world today? It seems like all the bankers have been playing Monopoly with the world’s economy for their own gain for decades, and nobody seem to care. Well, I think people care, but they realize that it’s grown far beyond the point of no return, there’s just no way to stop it anymore. It’s like Batman vs. Superman, Batman doesn’t really stand a chance since Superman can destroy the entire world at the drop of a dime, so it’s better to just leave him alone and trust that he’ll serve us well. But in a world where Donald Trump can become president, is that really a wise choice? 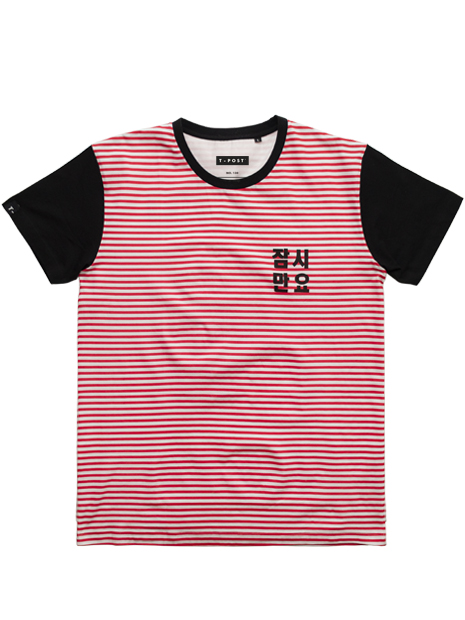 Wtf!? I mean seriously: What. The. Fuck? Look, things have never been exactly perfect here on earth, at least since mankind made its rowdy and at times down right destructive entry, but this is just plain ridiculous. There have always been men (and women, but mostly men) ready to do just about anything to gain power, and history is filled with bad things happening to good people, but wtf?

It´s obviously been brewing for quite some time, this discontent. The economic collapse of 2008 made it horribly clear to us that the powers that be may not have their shit together.

It’s like Batman vs. Superman, Batman doesn’t really stand a chance since Superman can destroy the entire world at the drop of a dime

Wall Street had pushed everything over the edge, and a handful of greedy stock brokers aspiring for bigger yachts made some very stupid decisions causing normal people to lose their homes. And now we see it everywhere: People are voting with their middle finger. It’s like fact doesn’t matter, it’s the age of gut-feeling and anger. With Brexit, the people of Britain obviously wanted to make a point. After a campaign filled with empty promises, made up statistics and some pretty creative spins on the redistribution of wealth, the Brexit-side won and Brits voted out. As soon as the ballets were counted and the results were in, the big promises started to crumble. And so did the voters.

Scotland wanted out of Britain, London too, and within weeks 3 million people had signed a petition for a second EU referendum. Nope. Not gonna happen, once you’re out, you’re out. At the same time, across the pond, a wealthy reality TV-star with weird hair and openly racist rhetoric was travelling virtually every small town of Americas so called “fly-over-states”, promising to close the border to Mexico, ban Muslims from entering the states, to imprison his political opponent and punish any woman who made the choice not to go through with a pregnancy. He boasted of sexual assaults, ridiculed disabled people, mocked female reporters and called the Russian President Putin a “great leader” and praised his ability to “control his country”. He promised to tear up the Paris Climate agreement, invest in more coal-mining and called climate change a hoax invented by China. He made vague insinuations that someone might just want to go ahead and assassinate Hillary Clinton (usually referred to as “The Nasty Woman” or “Crooked Hillary”), insisted she was responsible for “the birther-movement”, and made allegations that Obama was the founder

of ISIS. He claimed he could ”stand in the middle of Fifth Avenue and shoot somebody and I wouldn’t lose voters”, and called Mexican immigrants rapists. And people ate it up.

By Election Day, all polls pointed to a comfortable win for team Hillary. The world was watching, and to most Mr. Donald Trump seemed like such an unlikely human – let alone president-figure – it could not possibly end any other way, could it?

Wrong. Once again the analysts, experts and reporters had underestimated just how pissed off people are. They vote with their middle finger.

And the rest of the western world just isn’t that different. All over Europe, wright wing nationalists with hateful messages are gaining momentum. Sweden, Denmark and Norway are constantly on top in every survey made concerning quality of life, safety and health, yet even here there is a huge following of the nationalists spreading home brewed “facts” on escalating crime, police no-go-zones and myths of evil immigrants here to create an Islamic state on our soil. Via savvy use of “alternative media”, and a general lack of actual fact-checking by recipients on social media, ideals that has been all but extinct since World War II is suddenly out in the open.

So what do we do? How do we get on the right track? Obviously mistakes have been made, people have lost faith in its leadership and facts are continuously losing to gut feeling. Well, first of all I suppose we need to stop labeling people as ignorant red-necks and disqualify them from sitting at the table just because their views doesn’t match our own – we tried that, remember? It didn’t work. We need to win them over, one by one, with facts and dialogue, and never ever give up. Less insults, more conversation. Because what’s the alternative? Do we divide the nations based on values and views? Do we accept that nationalism; big walls and hatemongering are the future?

Allowing dangerous people to be made the “victims”, fear to be the fuel and gut-feeling to triumph over facts is a recipe for disaster. And let’s just face it: It’s going to get a hell of a lot worse before it gets better.