Doing something public or something that can possibly go really wrong is scary for most of us. When a lot’s on the line we tend to tremble, and chances are we might even screw it up. Not because we didn’t know what to do, but because the stakes were to high. Acting like nothing’s at stake would probably help a lot of us perform a lot better in most occasions. Sometimes, you’ve just got to say “what the fuck”. 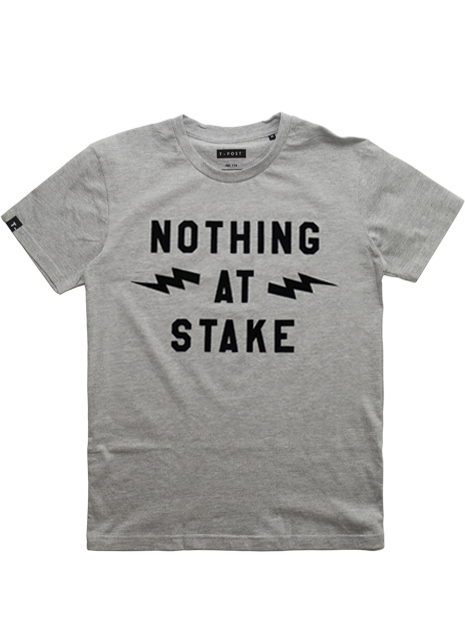 “Sometimes, you’ve just got to say “what the fuck”, and make your move. Joel, every now and then, saying “what the fuck” brings freedom. Freedom brings opportunity, opportunity makes your future.” These inspirational words are from the 80’s classic Risky Business, where a young Tom Cruise get’s talked into setting his parents suburban house up as a bordello while the family is off on vacation. Don’t get me wrong, I do realize that this is not a great example of how the “nothing at stake”-attitude inspires greatness, but there is an undeniable truth to the words. “What the fuck” brings freedom, freedom brings opportunity, and opportunity makes your future. Let me give you a couple of (non-prostitution-ring-related) examples.

In 1986, then 24-year-old Massimo Bottura dropped out of law school to start a roadside-trattoria in his hometown Modena in northern Italy, effectively swapping a secure and well paying career for an uncertain future in the chaotic restaurant business. After getting his first restaurant started, Bottura built his culinary foundation working with legendary French chefs Georges Coigny and Alain Ducasse. But many – including Bottura himself –

claims the most important point in this would-be-star-chefs evolution was when he met his future wife, Lara Gilmore, while working in New York restaurant in the early 90’s. The couple eventually settled in Modena, invested all their savings, and in 1995, the doors to restaurant Osteria Francescana swung open. At first, it was an utter failure.

Botturas ambition was to “reinvent the Italian cuisine”. Inspired by the contemporary art and design that his wife had introduced him to, and after a

summer with El Bulli’s Ferra Adria, Bottura proceeded to take traditional Italian dishes and flavors, and transform them into provocative avant garde cuisine – much as if nothing was at stake. In fact, everything was at stake. Messing around with the traditional Italian recipes was considered nothing short of sacrilegious; the citizens of Medina and food critics were infuriated. In the Netflix documentary “Chefs Table”, Bottura remembers the experience. – The most important local food critic came in, and I served him my take on tortellini. The next day he wrote the most horrible review. “If you can ignore the horrendous Ferrari-painting, the décor is acceptable. The food, however…”

It was a recipe for a disaster. Night after night of empty tables, bad reviews and locals shaking their heads in disgust. But the winds were about to change. One night in april 2001 the most important food critic in Italy ended up

in Modena on his way to Bologna, and found himself in Osteria Francescana. Within a couple of days, the restaurant went from being practically shunned – to one of the hottest establishments in culinary Europe. – This review changed it all, says Massimo Buttura, now considered a creative genius in the food-world with Osteria Francescana carrying three Michelin Stars and is currently ranking the number three restaurant in the world.

Another famous “nothing at stake”-success is that of aspiring writer Joanne Murray. After working as a secretary and English teacher, the 32-year–old single mom moved in with her sister and grandmother to be able to focus on finishing her debut novel, an imaginative story about a young wizard and his life at the Hogwarts School of Witchcraft and Wizardry. The Harry Potter novels made Joanne Murray, aka J. K. Rowling, one of the best selling authors of all times. The nothing at stake-attitude (and a ridiculous amount of talent) made Joanne Murray one of the wealthiest people in the world.

There are of course times when the “what the fuck” and “nothing at stake”-approach is less practical. In 2012 captain Francesco Schettino, commander of Italian cruise ship Costa Concordia had female company on the bridge. In an attempt to impress his guest, the captain steered the ship, packed with over 4 000 passengers, very close to the Tuscan island of Giglio, resulting in a fatal shipwreck, the death of 32 people and a prison sentence of 16 years for the smitten Schettino. Maybe a little less “nothing at stake”-attitude when there are thousands of lives at stake, huh?

With that said, most of us would probably benefit from a little “nothing at stake”-attitude. Letting go of pointless limitations can be the difference between a lifetime of unfulfilled frustration – and actually achieving our goals. Because in the words of Miles (actor Curtis Armstrong) in Risky Business: “Say “What the fuck”. If you can’t say it – you can’t do it.”