The real popular culture revolution took place at home in front of the TV. With titles like Final Fantasy, Mega Man, Metal Gear, Metroid and The Legend of Zelda, the Japanese company Nintendo singlehandedly created a breeding ground for a whole new video game experience. The year? It was 1987. 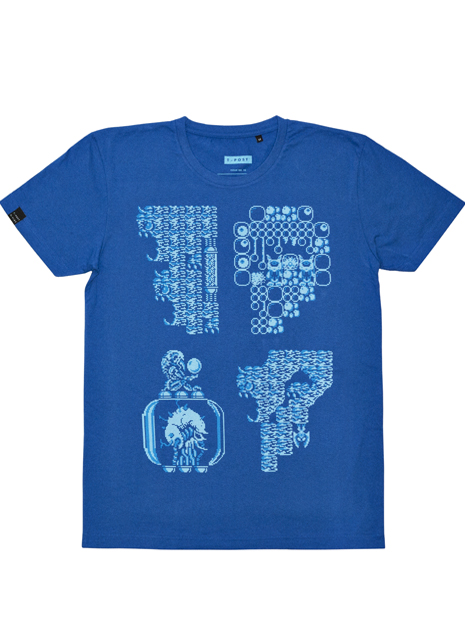 Heavily jeweled New York rappers dominated, reigning over the music and hip-hop scene with seminal albums such as Paid in Full, Down By Law and Criminal Minded.  In movie theaters around the world, people sat, petrified, as Brian De Palma's The Untouchables rolled across the silver screen. But the real popular culture revolution took place at home in front of the TV.  With titles like Final Fantasy, Mega Man, Metal Gear, Metroid and The Legend of Zelda, the Japanese company Nintendo singlehandedly created a breeding ground for a whole new video game experience. The year? It was 1987.

The global gaming climate was still anxious, to say the least. Video games were once again spoke of as a passing fad.  1983's spectacular crash-landing had culminated when Atari's unsuccessful big bet on yet another miserable game, this time about space traveler E.T., found a new home underground: ten of thousands of unsold copies were simply buried, encased in cement out in the desert.   Atari closed their doors for good soon after.

However, in Japan things looked a little brighter. Masayuki Uemara's new creation, christened Famicom, was released to the home market in July of 1983, and by the time 1984 rolled around, two and half million consoles had been sold, grandiose numbers for the time.

With a new design and the more familiar-sounding name NES - Nintendo Entertainment System - the top seller soon took off in the European and American gaming markets.  Success didn't sound far off, but it would take another few years before Nintendo became the name on just about every gaming man and woman's lips. Until 1987, to be exact.

1986 to introduce strict third-party licensing requirements for publishers and developers. "We weren't convinced that video games had long-lasting value. And we knew that if the market was flooded with bad-quality games, everything could go down the drain overnight." This scenario is described by Howard Lincoln - then-chairman of Nintendo of American - in the book The Ultimate History of Video Games. "We were very concerned about the quality of our games. If our partners didn't hold the bar, we believed we'd follow in Atari's footsteps. We had to be very strict in our quality process," says Minuro Arakawa, former Nintendo president.

It's no exaggeration to say that the new, tougher quality guidelines paid off. In spades. Prior to the U.S. launch of The Legend of Zelda, Nintendo set up a help line where players that were stuck in the game could call in for assistance.

At first, they had four people answering phones. Shortly after, the number increased to 200. Zelda's combination of action, adventure, roll-playing and computer puzzle was groundbreaking, transcending traditional gaming categories.

The basketball game Double Dribble was one of the first to offer external clips of spectacular dunks and was a pioneer when it came to using spoken language in the game.  Athletic World brought motion into gaming with the electronic floor mat accessory Nintendo Power Pad.  Mega Man introduced themes with a boss at every level whose special powers were taken over by Mega Man when the boss was defeated. Metroid offered one of the first highly nonlinear game experiences on a home console. Classic R.C. Pro-Am was one of the first racing games that incorporated weapons in the gaming experience and is seen as an early predecessor to Mario Kart. And Track and Field popularized the button-mashing style of gameplay. There are too many pioneering examples to name them all, but we can be sure that gaming today would look completely different if it weren't for Nintendo's innovative golden year, 1987.

Some of the above-mentioned games and a bunch of others from this golden era of gaming are still very playable today.  Many of the prominent figures have gone on to new consoles as the technological developments have continued to advance. Super Mario Bros. 3 for NES is still the world's all-time most sold game, with 17 million units sold. A staggering 60 million NES consoles have been sold, which meant that one of every one hundred people on earth bought one. Along the way, the company had revitalized a video game scene into what many would describe as absolute decadence. And what's more important: The cult surrounding NES and Nintendo is still very much alive and well. More than a quarter of a century after the creative boiling point. We tip our imaginary hats.