That’s one small step for man, one giant leap for mankind, with those words Neil Armstrong, who passed away on August 25th this year, will always be remembered as the first man to ever walk on the moon. He showed the world that anything was possible and suddenly the whole Universe laid in front of our feet. 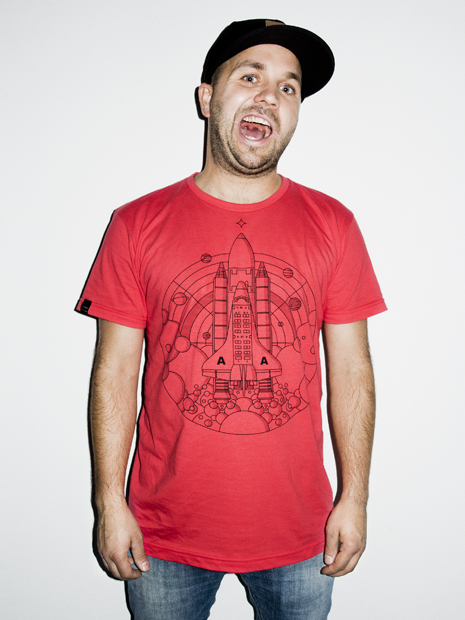 Earlier the same month NASA’s super six-wheeled lab Curiosity Rover made its entrance on the Red Planet and the big search for extraterrestrial life begun. To ensure the world that the landing of Curiosity itself was cooler than any science fiction movie ever made, NASA produced a five minute long trailer of how the landing was going to happen, it was called “Seven Minutes of Terror”. Why seven minutes? Well that’s the amount of time it took for the rover to land once it hit the planet’s atmosphere. The terror? It takes over ten minutes for the signal sent from Mars to reach earth, in other words, once the landing was made, the earthlings had to wait for a while to know if the landing was a success or not. Those minutes of waiting were probably the longest ever in the lives of the NASA team. As we all know by this time, the landing went absolutely perfect.

It’s quite amazing of what we humans have accomplished in our relatively short existence on Earth. Only a few thousand years ago, our ancestors lived in caves and hunted enormous mammoths on the prairies, what did they think of when looking up at a star filled sky at nights, did it ever occur to their minds that one day their future relatives would actually be out there searching for clues of how life once started? Today we are exploring the universe with highly advanced technique, and nothing is really

Mankind has always feared an alien invasion. Now entering the red planet with NASA's super six-wheeled lab, Curiosity Rover, aren't we doing what we fear the most?

surprising us anymore when it comes to how far we can reach within our discovery of the big black outer space. It is something to be proud of for sure and it gives us greater understanding of our own home planet, but there’s always two sides to a story.

Exploring the Universe leads us naturally to the thought of the possibility of living civilizations on other planets, we might not be the only ones. These thoughts are most of the time presented as something we should fear for. There are tons of movies about invasions of the earth by hostile outer space civilizations and the story is always the same, us the good guys fighting against evil powers coming from other planets. When taking a second thought the idea of possible invasions seems quite ironic. What we do now is exactly what we fear the most. Have it ever occurred to you that we might be the first to explore our solar system? Let’s not get sentimental about humanity for a moment and realize that we are the most invading species existing, at least on our planet.

We have colonized almost every single

corner on earth except places too hostile for us to live in, and we have driven thousands of species to extinction because of our heavy exploitation of natural environments. So what will happen if we discover great amounts of natural resources on Mars, our human civilization depend upon? Will we even bother of asking ourselves if we have the right to use those resources? The answer to that question is most probably no. And if we discover creatures of higher intelligence, will we face them with a friendly approach? We all would like to think we would but the scenario would probably look slightly different, just take a look in the history book of what happened with civilizations around the world during the colonial times and you will understand.  We are even today witnessing how indigenous people are driven away from their homes because somebody has decided that those people don’t have the rights to own the land they live on. The tropical rain forest is a striking example of that and the movie Avatar has truly shown the nature of man. We are constantly exploring, if we find something of interest we will take it and if somebody has any objections to that we will fight them so with all this in mind we really need to question ourselves who is truly the bad guy or perhaps just state that there are no good or bad guys in this drama. Life is not as simple as black or white, something we should have in mind a little bit more often. Let us not put ourselves at the pedestal of who should rule the Universe. Perhaps the time has come to consider future possible multi-cultural societies. Who knows, maybe your great grandchildren will have the real E.T as a neighbor. Until then let’s follow the journey of Curiosity on Mars, you’ll never know what will come in her way.